Honouring One Of The Most Important Explorers Of All Time

Marco Polo, the merchant explorer born in 1254 spent 24 years away from his native Venice on an epic journey across Asia. Travelling with his father and uncle, the fearless adventurer trekked along what is now known as the Silk Road to the distant Mongol Empire where he served in the court of the formidable Kublai Khan. Not just an adventurer seeking to discover unknown territories, Marco Polo was a fascinating and skilled storyteller, recording his travels under the title of Il Milione (or The Travels of Marco Polo). The detailed chronicle introduced Europeans to the culture and cartography of Central Asia and China and became a reference for many future travellers including the great Christopher Columbus and Amerigo Vespucci.

Montblanc pays tribute to one of the most important explorers of all time with the High Artistry Homage to Marco Polo Limited Editions, celebrating a life of discoveries that continues to inspire generations of readers and adventure-seekers. Through elaborate design and the finest craftsmanship, the details of the four editions in the series bring to life the personality, achievements, and inspiration of the pioneer who proved that the furthest boundaries of the world could be reached.

Mirroring the extravagance and riches of the imperial Mongolian court, the Homage toMarco Polo “Il Milione” Limited Edition 1 is a dazzling display of gem-setting virtuosity on one of the most elaborate writing instruments every created by Montblanc.
The design takes its inspiration from the years Marco Polo spent trading precious stones while serving the great Khan, the most powerful king on earth at that time. The rich colours and the shape of the extended cap draw inspiration from the typical Coromandel lacquer folding screens made by the finest artisans in the Orient. When removed, the cap set with a full pavée of dark red rubies and cognac tone diamonds, reveals a barrel that features a diamond-set world map inspired by Marco Polo’s travels. The pen’s clip is shaped like the golden pass (paiza) given to him by Kublai Khan that guaranteed he was given safe passage throughout the Khan’s expansive kingdom. The cap ring displays various creatures from the wild and fantastic world he experienced as told in Il Milione.
A reference to one of his most important navigation tools, a compass rose is worked into the cap top under the Montblanc emblem, revealing itself thanks to a special mechanism. On the other end of the writing instrument, the skeletonized gold cone is set with a majestic 6,12ct diamond. The Au750 solid champagne gold nib design is a representation of Marco Polo crossing the desert, taken from the most important map of the medieval period: the Catalan Atlas.

According to his writings in Il Milione, Marco Polo crossed Bactria in Afghanistan, home to the world’s oldest known lapis lazuli mine. One of the earliest references of the lapis lazuli in western literature, the exquisite stone made an impression on the explorer and its exotic beauty is the inspiration behind the Homage to Marco Polo “L’azzuro” Limited Edition 3. With similar design features to the first edition, the cap is set in blue sapphire revealing a barrel underneath with the world map crafted in full pave of diamonds, blue sapphires and rubies.

The blue theme extends to the cone of the writing instrument with its blue sapphire. In a third variation on the Limited Edition with its Coromandel extended cap and precious jewels, the limitation number of the Homage to Marco Polo “Great Khan” Limited Edition 9 refers to the nine gates of Dadu, today’s Beijing, where Marco Polo first met the great Khan when he arrived in China in 1266. At that time, Dadu was the political and economic centre of the Mongol Empire and one of the biggest cities in the world, and the gates of Dadu symbolized the cultural and economic exchange between the West and the East. For this version of the limited edition, the map of the world on the barrel combines skilled “Tremblage” hand engraving with gem-setting, with the Au750 solid gold delicately set with rubies. The precious ruby ball inside the skeletonized champagne gold cone represents the globe. Crowning the cap of the edition, the Montblanc emblem is set with a pave of diamonds.

Homage to Marco Polo Silk Road LE69. With a limitation number honouring the 69 years of a life filled with outstanding achievements, the shape of the fountain pen evokes one of the bamboo forests that Marco Polo discovered during his passage through southern Tibet.

For the first time ever, Damask steel has been incorporated into the cap of a Montblanc writing instrument by leveraging the Maison’s extensive metal processing expertise. The choice of metal is reminiscent of the mysterious history behind Damascus steel made in the Middle East from steel shipped from India, as featured in the fascinating story from “Il Milione“.

Contrasting with the Damask steel, the barrel is crafted from precious rosewood, the exquisite material that the ancient Chinese used to create the most fascinating rosewood furniture pieces. The gold bars on the side of the cap represent Marco Polo’s trip as written in his book: 28 stops from Venice to Quanzhou, 10 stops back to Venice. The deep blue Lapis lazuli stone in the cone symbolizes the globe. The special design of a camel in the desert etched into the Au750 champagne gold nib also evokes the Catalan Atlas.

More than seven centuries after the death of the great Marco Polo, the adventures and discoveries captured on the pages of “Il Milione” live on in the delicate details of a Montblanc Limited Edition. The story of a man who bridged the gap between the hemispheres and the continents is celebrated by bringing together the finest craftsmanship and the most precious materials.

Guided by the pioneering spirit since 1906, Montblanc revolutionized the culture of writing with breakthrough innovations. Today, the Maison continues to push boundaries and evolve the expression of fine craftsmanship across each of its product categories: the pinnacle of luxury writing instruments, timepieces, leather goods, accessories, fragrances and eyewear. With every innovation, Montblanc offers new functionalities and groundbreaking designs imbued with the Maison’s heritage of sophistication and crafted to the highest standards through the skills of its artisans in each of its manufactures whether Hamburg, Germany for its writing instruments, the Swiss Jura in Le Locle and Villeret for its timepieces or Florence, Italy for its leather goods. Reflecting its ongoing mission to create fine lifetime companions born from the most pioneering ideas, the iconic Montblanc Emblem has become the ultimate seal of performance, innovation, quality and expression of style. With its origins deeply rooted in the culture of handwriting, Montblanc continues to assert its cultural commitment around the world with the creation of wide-ranging initiatives to promote arts and culture in many forms, while honouring the modern day patrons who support the advancement of the arts. 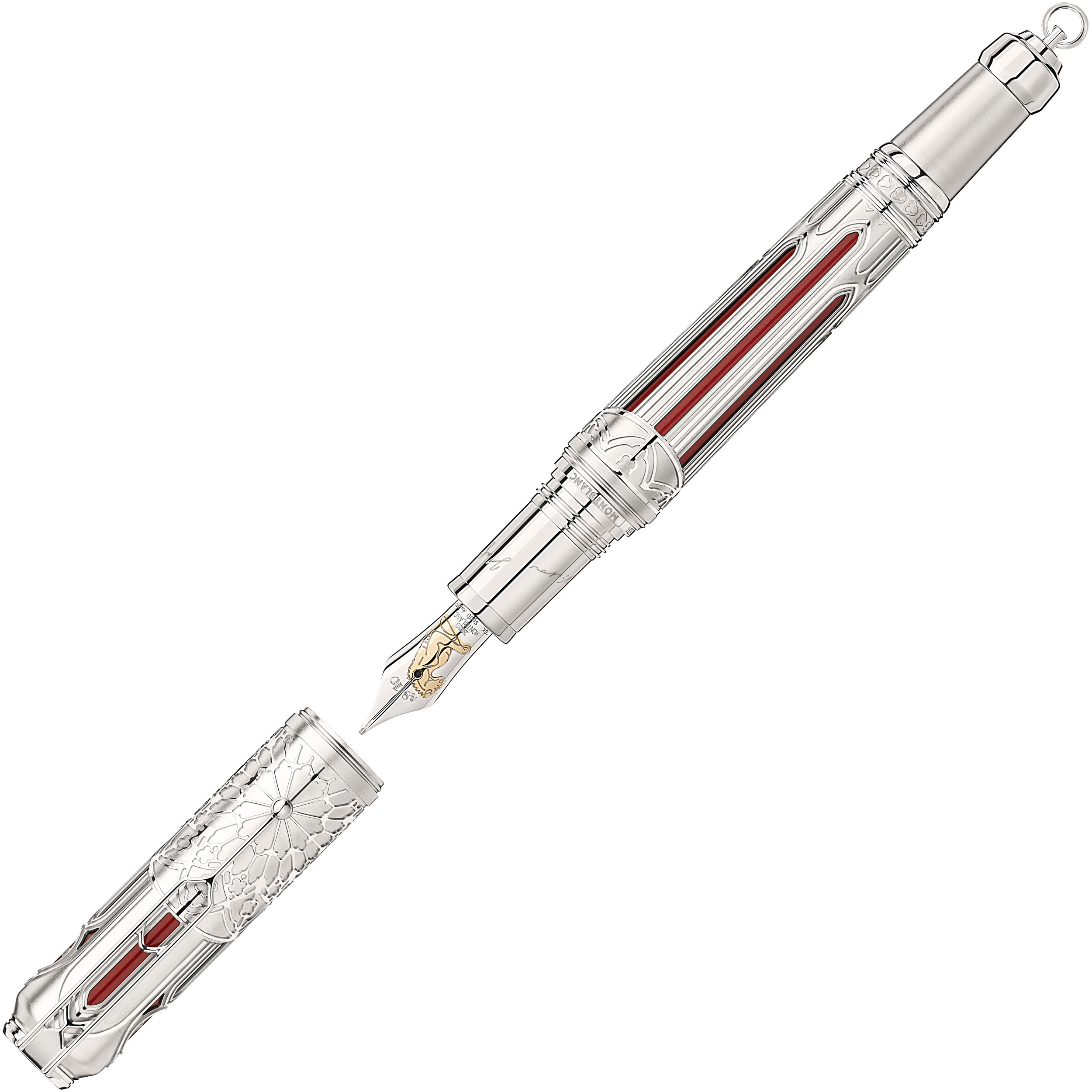 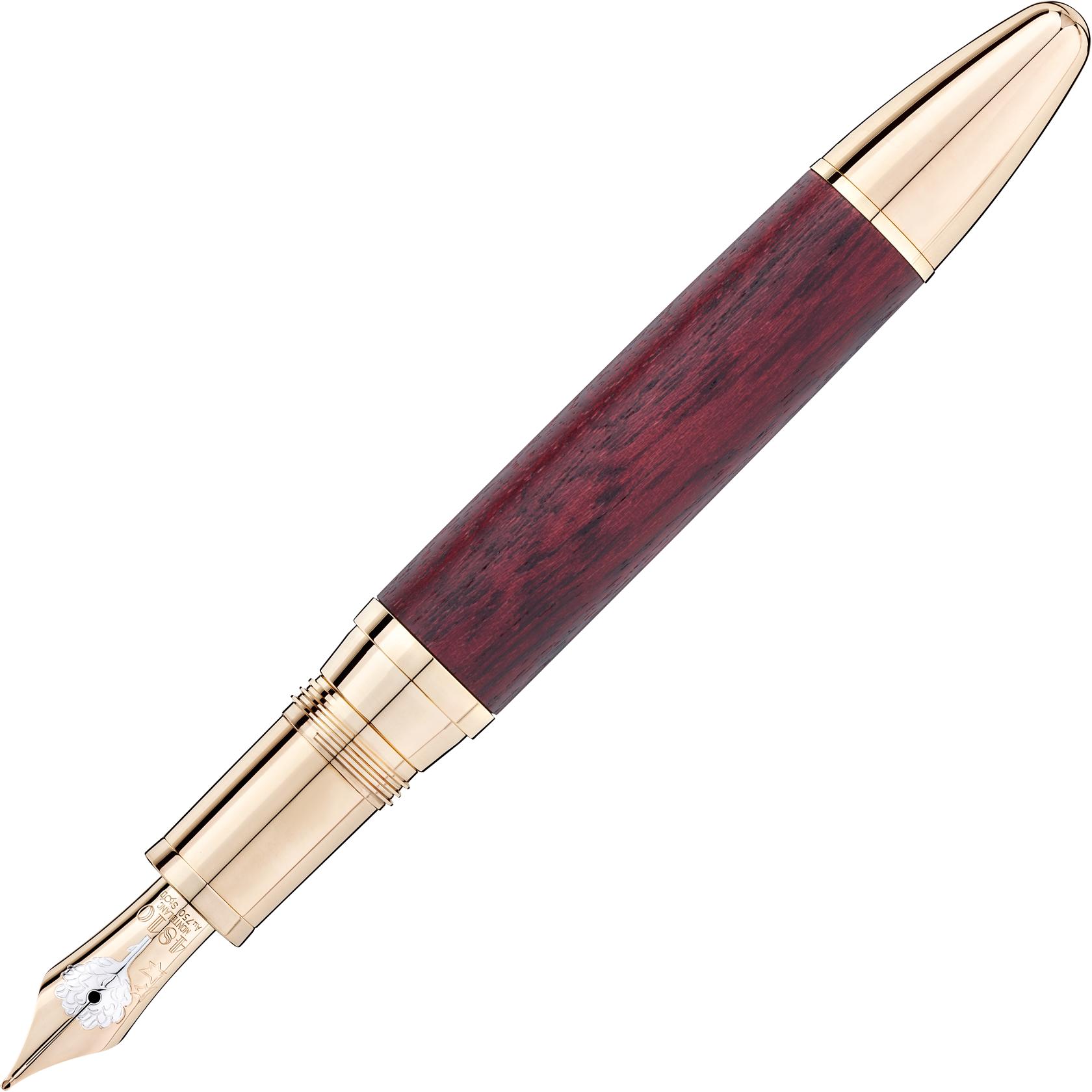 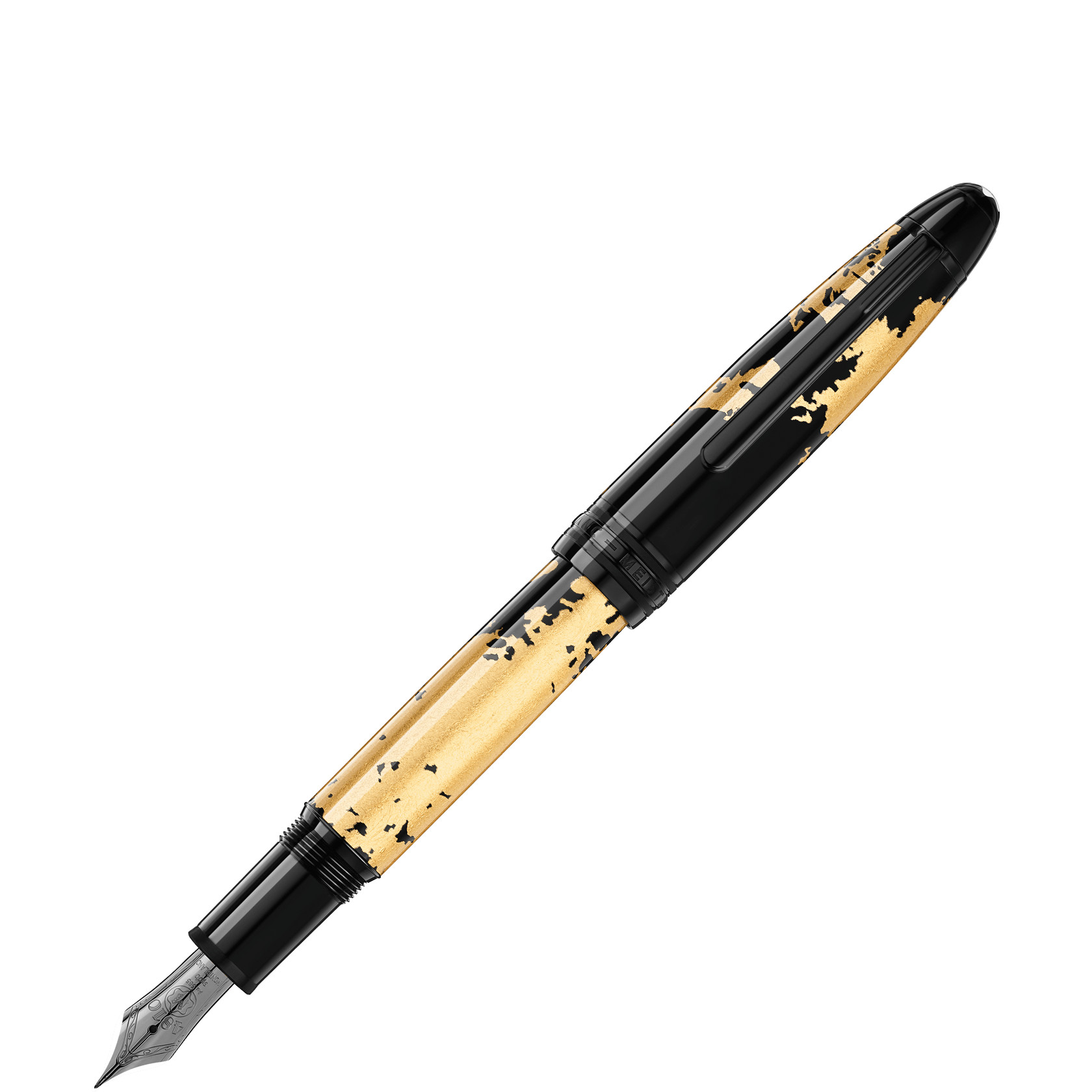 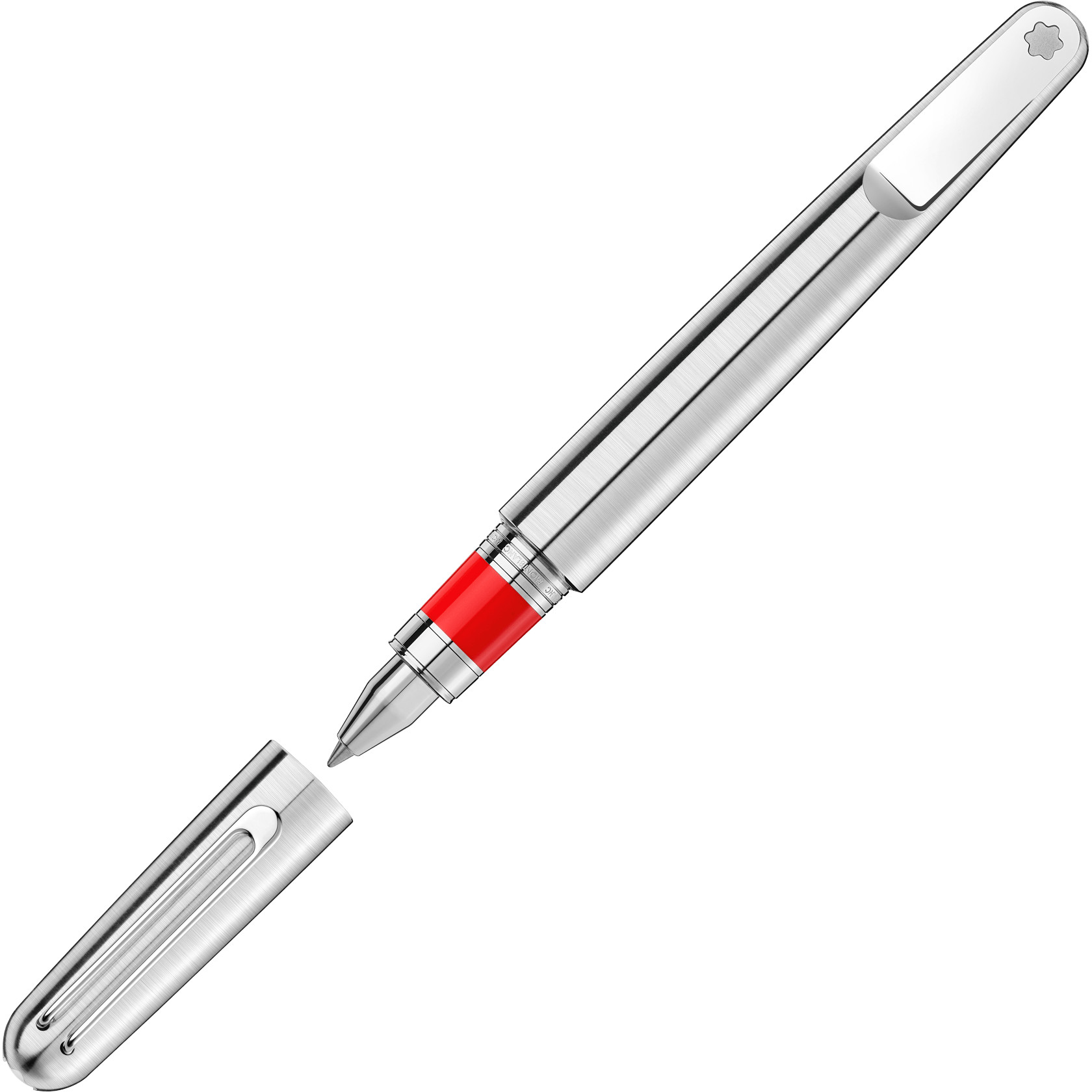 This website uses cookies to improve your experience while you navigate through the website. Out of these cookies, the cookies that are categorized as necessary are stored on your browser as they are essential for the working of basic functionalities of the website. We also use third-party cookies that help us analyze and understand how you use this website. These cookies will be stored in your browser only with your consent. You also have the option to opt-out of these cookies. But opting out of some of these cookies may have an effect on your browsing experience.
Necessary immer aktiv
Necessary cookies are absolutely essential for the website to function properly. This category only includes cookies that ensures basic functionalities and security features of the website. These cookies do not store any personal information.
Non-necessary
Any cookies that may not be particularly necessary for the website to function and is used specifically to collect user personal data via analytics, ads, other embedded contents are termed as non-necessary cookies. It is mandatory to procure user consent prior to running these cookies on your website.
SPEICHERN & AKZEPTIEREN
Lade Kommentare …